Hiram College inducted three new members into its Garfield Society during a recent ceremony. Established by the Board of Trustees and named for President James A. Garfield, the Garfield Society honors individuals who have demonstrated significant professional achievement and whose efforts have substantially enriched their communities.

Garfield was both a student and principal of the Western Reserve Eclectic Institute, which later became Hiram College. Membership in the Garfield Society is the highest honor Hiram College can bestow upon an individual. It honors those who have continued traditions of scholarship, leadership, social commitment, and compassion that have been a hallmark of a Hiram College education before, during, and after James A. Garfield’s tenure at the College.

Roguski earned her Bachelor of Arts degree in mathematics from Hiram College in 1976. After graduating, she taught high school mathematics for two years before starting work as an actuarial trainee with Metropolitan Life. Roguski completed a rigorous and demanding series of examinations for entry into the Society of Actuaries and was designated an Enrolled Actuary under ERISA, a federal United States tax and labor law. Throughout her career, she has worked as a consulting pension actuary, in addition to her extensive work in the development of systems to administer defined benefit pension plans.

Over the last decade, she has worked for two multibillion dollar pension and health funds, managing the administration of benefits for nearly 50,000 participants. Most recently, Roguski has agreed to support Hiram through involvement as a trustee.

Following a career that spans numerous academic and administrative appointments, Dean Muyskens came to Hiram in July 2017, following her retirement from Nebraska Wesleyan University (NWU), where she served as Provost for nine years. Since joining the College, she has played an instrumental role in advancing the College’s academic redesign efforts.

Dean Muyskens earned her Bachelor of Arts degree from Central College in Pella, Iowa, and both her Master of Arts in French literature and her Doctor of Philosophy in second language acquisition and 20th-century French literature from The Ohio State University. She held faculty positions at Virginia Tech and the University of Cincinnati, where she taught French language and civilization and trained the graduate students to teach French before she transitioned to administrative work.

Bustard received his Bachelor of Arts degree in History from Hiram College in 1976. He went on to earn his Doctor of Philosophy from the University of Iowa in 1984.

Before his retirement in 2016, Bustard was an archivist and senior curator at the National Archives in Washington D.C., a position he held for more than 30 years. During his tenure at the National Archives, Bustard was curator of several major exhibitions, including “A New Deal for the Arts,” Picturing the Century: One Hundred Years of Photography from the National Archives,” “Searching for the Seventies: The Documerica Photography Project,” and “Spirited Republic: Alcohol in the American History.” He was also the lead researcher for the Archives’ permanent exhibit, “The Public Vaults” and for “Discovering the Civil War.”

In addition to his professional career, Bustard is active in many civic and social pursuits, including the Organization of American Historians, National Council on Public History, and American Association of State and Local History.
by Jenelle Bayus 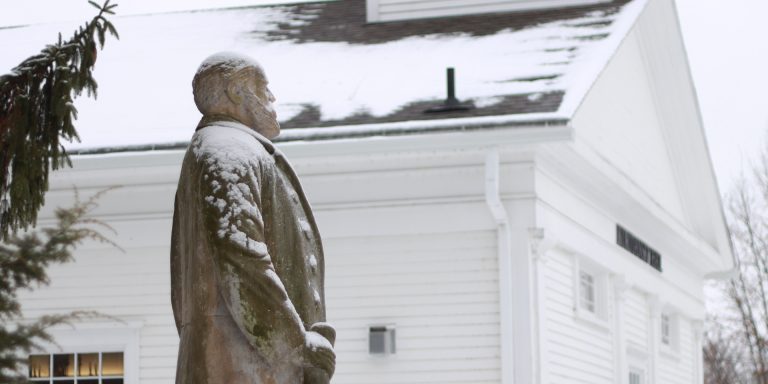